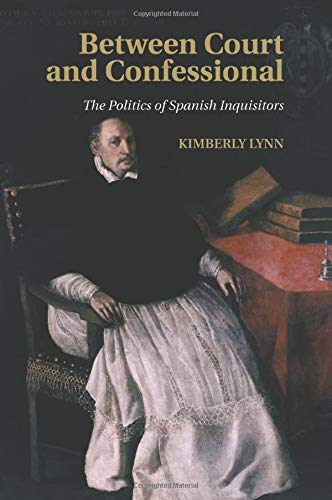 Críticas 'The Inquisitor is a figure engulfed in myth, yet about whom very little is actually known. Kimberly Lynn sets the record straight in this thoroughly researched and well-written book. Showcasing individual portraits of five inquisitors from different parts of the early modern Hispanic empire, she offers a lively and convincing composite biography of a unique - and uniquely complex - figure poised between medieval theocracy and modern bureaucracy.' James S. Amelang, Universidad Autónoma, Madrid'This outstanding piece of scholarship demonstrates how little the Spanish inquisitors fit the conventional view of them as insular men in single-minded pursuit of heresy. In a series of exacting and illuminating portraits, Kimberly Lynn reveals them in the full range of their activities, engaged in turf battles, jostling for position at court, moving from post to post, suffering career setbacks and disappointments, and seeking patronage and bestowing patronage - that is, negotiating the complex power structures of early modern Spain like other members of the power elite.' Miriam Bodian, University of Texas, Austin'… carefully researched … enlightening … we emerge much the wiser about what made these men tick.' History Today'Lynn's masterful book merits a place alongside the work of other well-respected scholars, such as James Amelang and Francisco Bethencourt. It deserves to be read by anyone with an interest in early modern Spain or early modern Catholicism.' Jan Machielsen, European History Quarterly Reseña del editor Between Court and Confessional explores the lives of Spanish inquisitors, closely examining the careers and writings of five sixteenth- and seventeenth-century inquisitors. Kimberly Lynn considers what shaped particular inquisitors, what kinds of official experience each accumulated, and to what ends each directed his acquired knowledge and experience. The case studies examine the complex interplay of careerism and ideological commitments evident in inquisitorial activities. Whereas many studies of the Spanish Inquisition tend to depict inquisitors as faceless and interchangeable, Lynn probes the lives of individual inquisitors to show how inquisitors' operations in their social, political, religious and intellectual worlds set the Inquisition in motion. By focusing on specific individuals, this study explains how the theory and regulations of the Inquisition were rooted in local conditions, particular disputes and individual experiences. Ver Descripción del producto