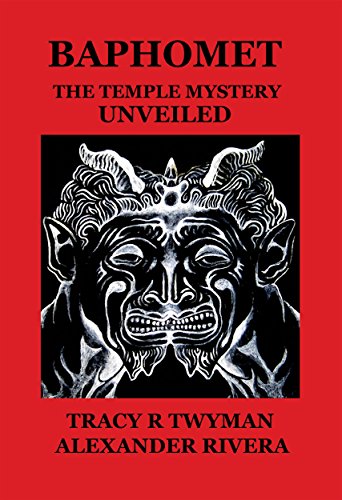 For seven centuries, the enigma of Baphomet has mystified both scholars and the general public. Did the Knights Templar really worship a demonic idol of that name? If so, what does the word mean? What is the origin of this figure? What was the nature of the rituals that the Templars performed in secret? What were their covert beliefs? Why, if the Templars initially described their idol as a mummified severed head, is this figure now represented as a hermaphrodite human with the head of a goat?

Authors Tracy R. Twyman and Alexander Rivera have dived head-first into the bottomless abyss of this mystery and returned with some astounding wisdom to share. Here for the first time they reveal the genesis of these symbols, showing how they relate to the Witches’ Sabbath, traditions of Sufi Islam, alchemy, Gnosticism, cabalism, the teachings of Hermes Trismegistus, and so much more.

Learn why the Templars and their beloved severed head are frequently associated with John the Baptist, and how this connects to his student, Simon Magus. Discover the real facts about things like the Chinon Parchment, "The Book of the Baptism of Fire," the Templar Abraxas seals, and newly-found documents which claim that the Templars discovered the real Temple of Solomon during a secret trip to Mecca.

Join Twyman and Rivera on this exciting adventure into the unknown. Immerse yourself in this knowledge, if your heart has the strength. It is certain that your mind will never be the same.